Sorry, no posts matched your criteria.

We have an amazing faculty of teachers that help foster the love of dance in our students. From hip hop to latin, contemporary to tap, ballet to jazz.

Dance Attack! Performing Arts offers dance classes in Los Gatos, CA and Sunnyvale, CA. We are proud to be the dance studio students of all ages choose to enhance their skills, build their confidence, and improve their technique. Whether you are looking to dance competitively or recreationally, our team of instructors are experienced in a variety of dance styles. They are passionate about sharing their love of dance, and are proud to teach a range of disciplines including: Hip Hop, Tap, Jazz, Contemporary, Modern dance, Lyrical, and Ballet. 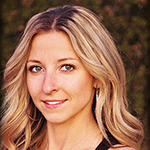 Dasha Maximovich (DM), Los Gatos Performing Company Director, has been serving on the faculty of Dance Attack since 2010, where she is currently Co-Directing the award-winning Performing Company. Dasha brings a wealth of professional training and performing experience to her teaching at DA. Her choreography has earned her special recognition and honors and several Choreography Awards. A native Russian, Dasha was trained in one of the most prestigious ballet schools in the country and was trained in the classical Vaganova’s technique. After moving to the U.S., she continued her training at San Jose State University and graduated with a Bachelor Degree in Dance with an emphasis in ballet. While studying at SJSU, Dasha was a member of the University Dance Theatre, directed by Gary Masters, and a member of the musical theatre Company One, directed by Janie Scott. With the inspiration of her professors at SJSU, Dasha moved to New York City, where she danced and studied at Steps on Broadway, Broadway Dance Center, and Peri Dance. Throughout her performing career, Dasha has performed in Las Vegas, New York, and the San Francisco Bay Area. Dasha is also a teacher and dance director at Monta Vista High School. Her love and passion for dance is something that she is determined to pass on to her students. Dasha believes, “dance is an art form that teaches you discipline, hard work, concentration, and gives you an unbelievable work ethic, which you will carry on for the rest of your life”. Jessica Egbert Baranda (JEB), Sunnyvale Performing Company Director, Jessica’s dance training spans two decades, culminating into her undergraduate studies at California State University, Long Beach as a BFA major in Dance and a minor in Communication Studies.Upon her graduation, Jessica received the Most Outstanding Graduate Award for the College of the Arts, as well as the Betty DuPont, Richard and Joanna Baker, and COTA Scholarships. Jessica has received extensive training in Modern, Ballet, Jazz, Tap, Hip Hop, Improvisation, and Choreography and performed in multiple venues in Long Beach, Los Angeles, San Francisco and New York City. She is currently a dancer for The Anata Project and Reach BC Dance Company (both San Francisco based dance companies) and has performed in works by Gabriel Mata, Andrew Vaca, Keith Johnson, Gerald Casel, Rebecca Lemme, and Rebecca Bryant. Jessica has a breadth of experience teaching dance including Jazz, Contemporary, Modern, Ballet, Hip Hop and Tap, to students ranging in age from 2 to 18 years old. In addition to her performance work and teaching, she also works as a Production Assistant for a few dance companies in San Francisco. 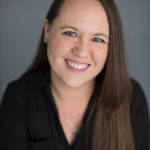 Theresa Hoyer (TH), Training Track Director/Party Coordinator, attended San Jose State University as a special major in Musical Theatre and a double minor in Dance and Elementary Education. In addition to dancing and performing, Theresa has worked as a stage manager and tech crew for various productions at SJSU and community theaters such as Tabard Theatre Co., Sunnyvale Community Players, and Company One. She is a musical theater director for Starting Arts. Theresa’s current goal is to become an elementary school teacher, as well as get involved with other theatre companies to pursue a career in outreach, bringing theater into schools and encouraging kids to be more confident and enthusiastic about the arts. Theresa teaches Tap, Musical Theater, and Combo classes, as well as the classes for dancers with Special Needs, and she co-directs the Dance Attack! Los Gatos Prep Squad and the Dance Attack! Sunnyvale Mini Squad. Graciela Acedo (GA) – Ballet began her dance training in Caracas, Venezuela. She earned multiple scholarships to train with elite programs in the United States such as Boston Ballet and Harkness Ballet, NY. She studied pedagogy in Cuba and began her professional career with Ballet Teresa Carreno. Graciela moved on to dance with Ballet Nuevo Mundo de Caracas and soon became a principal dancer. She traveled the world with Ballet Nuevo. In the U.S., Graciela has danced with Oakland Ballet, Margaret Wingrove Dance Co., Pacific Dance Theatre of San Francisco, Western Ballet, Peninsula Ballet Theatre, Santa Clara Ballet, and Princeton Ballet. Currently, she teaches at Dance Attack, U.S.F., Berkeley Ballet, SOTA S.F. School for the Arts, Ayako Ballet School, and Diablo Ballet pre-professional program. Graciela has been a guest teacher for several Bay Area and international dance schools such as Pacific Dance Theatre of S.F. and University of Nebraska, as well as assistant director to programs at Western Ballet. 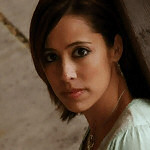 Tina McLean (TM) – Preschool Tap/Ballet graduated from San Jose State University with a degree in dance. She was one of Dance Attack’s first students in Santa Clara and she went on to become a member of the Performing Company. She was in SJSU’s University Dance Theatre and has performed at the Mexican Heritage Plaza, the American College Dance Festival, and in several dance program concerts. She was a member of Funkanometry for several years and is currently dancing with De La Femme. She teaches combo classes and jazz. 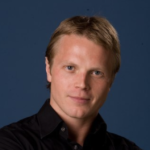 Maria LaMance (ML) – Ballet received her classical ballet training at the San Francisco Ballet School. As a dance major at San Francisco State University, she broadened her training in Modern Dance, anatomy, and kinesiology. Maria has performed professionally with numerous companies including Peninsula Ballet Theatre, Dance Through Time, Huckabay McAllister Dance, and Moving Arts Dance, with whom she performed principal roles on tours to Belarus, France, and Scotland. Most recently, Maria has been performing with Oakland Ballet, Run for your Life Dance Company, Art Face Performance Group and Menlowe Ballet Company. Maria has instructed children, teens, and adults in ballet, modern, drama, and character dance. In her teaching, Maria respects the individual anatomical and developmental capacities of every student, and emphasizes the importance of musicality and self-expression.

Owner Murphy Rowan started singing and dancing at age 5 right here in the Bay Area with Children’s Playhouse of San Jose.  This early immersion, plus her theater degree from UC Davis, led to a busy performing career, including jobs at Great America (Yogi’s Great Election – 1988 – really!), American Musical Theater of San Jose (Grand Hotel), The Willows (Spitfire Grill), The Western Stage (The Who’s Tommy and City of Angels), 42nd St. Moon (Leave It to Me!), and TheatreWorks (Kept and Gypsy), as well as 5 years at sea, performing roles like “Lola” in Copacabana on the Crown, Cunard, and Holland America cruise lines.

Murphy and her husband, Bryan, are so grateful to Elaine and Lee Pinto for entrusting the now 30 year legacy of Dance Attack! to them. They believe deeply in the importance of nurturing a love of learning as well as excellent education in the Arts, and are excited to continue the programs the Pintos have built, including classes and camps, professional dance instruction, and student choreography experience.